What is central bank money?

Central bank money includes banknotes and coins in circulation, and the sight deposits held by commercial banks at the central bank. It is also referred to as the monetary base (M0). Today, the monetary base M0 in Switzerland is about CHF 546 billion, where CHF 79 billion are banknotes in circulation and CHF 467 billion are sight deposits of banks and non-banks held at the central bank. Central bank money, like all nominally denominated money, is subject to the risk of inflation. Apart from this, it is practically risk-free. 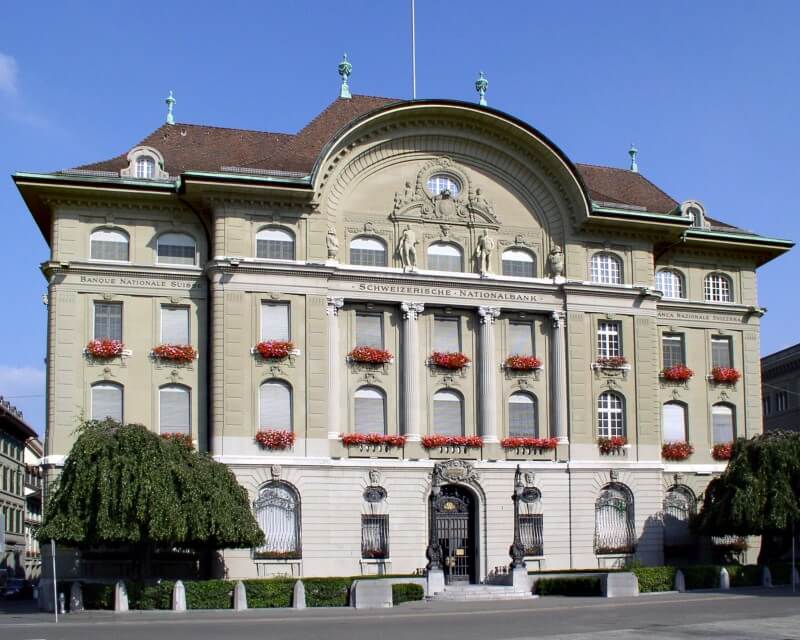 Headquarter of the Swiss National Bank

In Switzerland, central bank money is created by the Swiss National Bank (SNB). If the SNB wants to increase the amount of central bank money, it purchases foreign currency or Swiss franc denominated securities from a commercial bank, and then credits the amount paid to the sight deposit account of that commercial bank in Swiss francs. If the SNB wants to reduce the amount of central bank money, it conducts the same transaction in the opposite direction. Hence, it sells foreign currencies or Swiss franc denominated securities to banks and charges the corresponding amount to their sight deposit accounts. In this way, the SNB can increase or decrease its monetary base according to its monetary policy goals.

When bank customers withdraw deposit money from their respective commercial bank, they increase the amount of coins and banknotes in circulation and indirectly decrease the sight deposits, after which the commercial bank has to re-balance its reserves and sight deposits at the SNB. Yet deposits with commercial banks are distinct from central bank money. Deposits are subject not only to the risk of inflation but also to credit risk. In Switzerland, the national deposit guarantee scheme covers a maximum of CHF 100,000 per customer in the event of a bank failure. It is important to remember here that it is neither necessary nor legally required that a commercial bank hold one franc in central bank for each franc it holds in customer deposits. This is what is known as a fractional reserve system, as only a fraction of customer deposits have to be covered by central bank money. If the commercial bank becomes insolvent or if there is a liquidity stress on the financial markets, customers face the risk of what we call a “bank run”.

What is commercial bank money?

Today, the creation of deposits by banks is closely linked to the granting of loans. This is also referred to as scriptural money. The principle of credit is in fact to transform claims on non-bank agents into immediately usable means of payment. 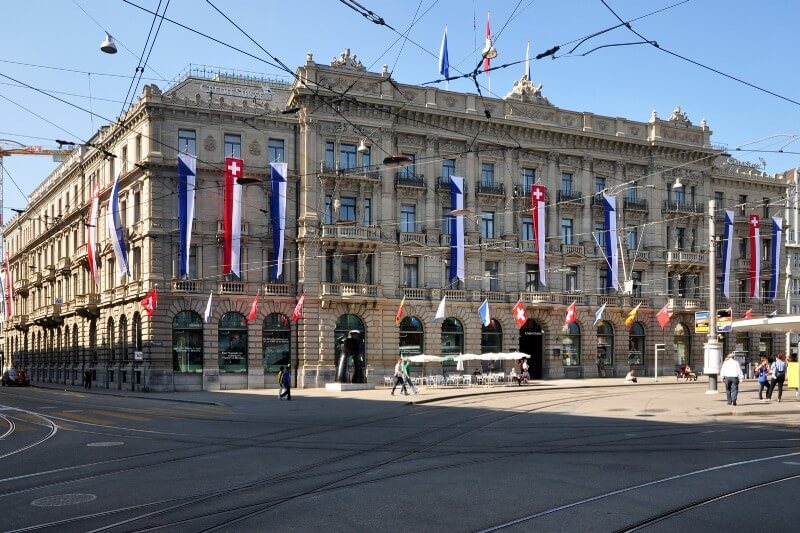 The headquarter of a famous Swiss commercial bank

When a bank provides a loan, it credits the amount to the borrower in the form of a deposit in the customer’s account. The bank, on the other side, acquires a claim on the borrower, which leads to an increase in credits on the asset side of the bank’s balance sheet. The borrower will immediately use the new deposit to acquire the good or service for which he requested and received the loan. This triggers a payment that reduces his deposit and increases the deposit of the recipient’s account. To execute the payment without delay, the bank needs to have enough liquidity in form of central bank money. Otherwise, it needs to obtain liquidity on the interbank market or through credit facilities at the SNB.

All in all, the bank has thus created scriptural money. When the borrower reimburses the credit, the bank clears the claim on its balance sheet, therefore destructing money. It is easy to understand that the net creation of money happens when the new credits outweigh the refunded credits. Of course, borrowers not only include individuals but also corporations, governments and foreign institutions.

Back to the blog